It's one woman against a million aliens as they come down to earth to STEAL ALL THE MONEY. On the plus side, she has unlimited ammo and plot armor. On the other hand, the only vehicle she can afford after such insane purchases is a bundle of balloons.

Maybe she won't be able to beat the invading aliens, but hell, she'll take down as many as she can before she's forced to blow up another three more balloons!

1) Press A to shoot left, and press D to shoot right.
2) Shooting sideways spins your character around the balloon.
3) Press A+D together to shoot downwards
4) Shooting downwards boosts yourself upwards.
5) Your character is invulnerable. Your balloons are not.
6) Intercept bullets and enemies with your body! Bodyslams are insta-kills!
7) Your character doesn't interact with meteors; if you see the warning, move out of the way!
8) Survive for as long as possible, collect as much money as possible!

This game was made in 48 hours for the GMTK Game Jam, following the theme Dual-Purpose Design. Instead of explaining the concept, I'll let the game speak for itself.

There were meant to be many more mechanics involved in the game, but, as is the case in most game jams, unforeseen circumstances cut into the development time. Nonetheless, careful planning and prioritizing has given us the game we have right now.

If time permits (and if we still have the motivation), more features will be added!

1) More enemies to take advantage of the player's unique movement and attacking mechanics, providing a better challenge!
2) More weapons, giving some interesting choices and new ways to move and attack!
3) Powerups! One-use powers that can turn the tide of battle!
4) Shop system! Put that money you've collected to good use!
5) Proper progression! Levels that introduce new enemies and mechanics at a more reasonable pace!
6) Story! A bit of flavor to help bring the world together never hurts! Plus cool art and stuff!
7) Mobile port! This game was designed with mobile in mind, and it'd be nice to be able to make a proper app!

Until then, I hope you enjoy this simple game! Oh, and if you want, put your highest score in the comments!

UPDATE:
My programmer for the jam didn't want to continue on with this project, so I decided, just in case, to recreate it in GM:S so I can add features to it when I need to. Now you can play this version on mobile browsers, too! 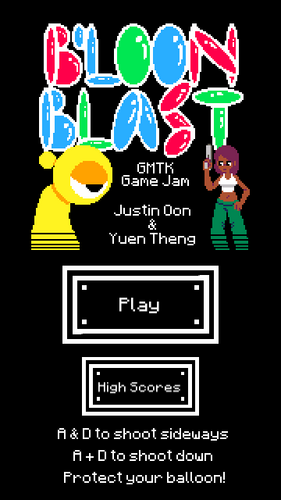 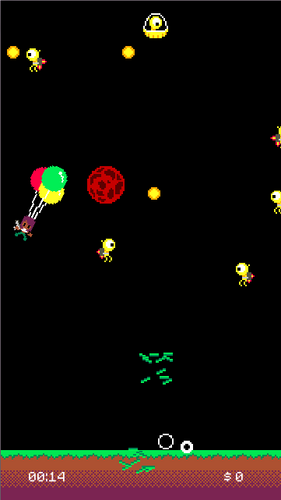 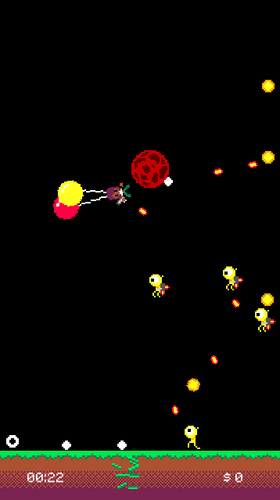 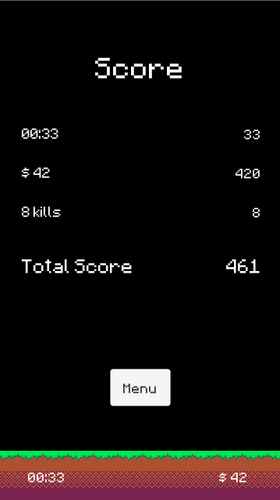